Hossein Hamidi was born in 1957 in Ardabil, in a family of musicians. His grandmother was a Garmon player and the founder of Qizlar Destesi (The Girls band) in 1949. His father and uncles were all Azeri musicians, and he attended National Music Conservatory in Tehran, encouraged by his father in 1969. He went to Turkey at eighteen and entered the Fine Arts University of Istanbul. Because of the revolution in Iran, he left his further education unfinished and returned to his country.

Since 1980 he was educated in painting and drawing by Saeed-Ali Boroumand and kept on drawing and sketching still life and figure drawing for eight years in Kamal-ol Molk art school. He became familiar with techniques such as ink, watercolor and oil painting and earned experience not only in sculpting out of clay, plaster and stone, but also in holding and wood engravings. He has held several exhibitions in Iran as well as abroad.

Since 1986 Hamidi began his research about folk wind instruments of Iran, encouraged by Hossein Alizadeh and Farhad Fakhreddini and traveled to many places in the country and this way he was introduced to many singers and players and recognized the original music of each area.

Then he began introducing Iran folk music and in this regard he arranged some tracks, which are published in his albums.

Since 1992 for four years he concentrated on re-listening and transcribing the folk songs, recorded and collected by the group Gathering and Researching Music leaded by Ms Fouzieh Majd, between 1971 and 1978.

This activities made him reconsider his point of view to this kind of music and with the help of knowledge and experiences earned in these travels, led Hamidi to focus on revitalizing the rich folklore music of Iran. Then he continued working, this time concerned about “how to use the primary instruments in orchestra?”. Since that time Hossein Hamidi became a musician who not only remained faithful to preserve the authenticity of the instruments and forms in every region, but used them in his concerts creatively.

Hamidi has had several concerts in Europe as Duduk (Balaban) (and other wind instruments) soloist since 1996. He has also participated in different tours with other Persian musicians.

He has released 23 Albums in Iran and abroad.

He founded Shemshal Ensemble in 1998 which had this distinguished purpose, to present different kinds of orchestration in folk music of Iran. Shemshal has performed in 40 concerts in different cities in Iran, all of which were recreation of Iranian regional music such as Qashqai, eastern Gilan, Khorasan, Azerbaijan, folk dances of Iran and Qajar music. They also recorded five studio albums.

After immigration to Germany in 2005 Hamidi founded the Tutek Ensemble, concentrating on Azerbaijan music.

Hossein Hamidi was introduced to Cinema after two years of studying and practicing in cinematograph, influenced by filmmakers like Robert Bresson and the results were some scripts and screenplays and Mooning Around in Fantasy, a short 35mm film, written and directed by him.

Hossein Hamidi has been concerned about literature and philosophy as well. 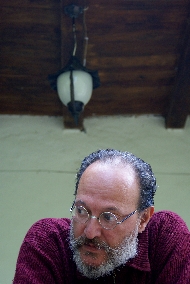