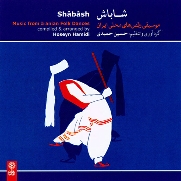 Complied and Arranged by Hossein Hamidi

Dance is a universal phenomenon. It has always existed in all different cultures or nations. Dance either describes ceremonies and rites or reflects religious or ethnic beliefs. Ancient dances in temples, among primitive tribes and Sama of Sufis are in this category. It has been said that the first means for primitive men to communicate one another to express passions, sorrow, joys and hidden desires was his or her body language. Scholars have declared that dance-like movements of birds and other animals had inspired primitive man to move rhythmically. For a primitive human being dances dance had an especial meaning different from our contemporary nation; he or she danced without any prior knowledge of technique. Dance was a means to preserve the solidarity of the tribe and keeping it away from supernatural disasters, communicate with gods, exorcism and healing sick people.
It has often been said that social and cultural developments have caused dance to turn into an everyday practice far from a ritual or religious one. Afterwards dance became know as an art, a technique and a practice and a means of enjoyment. Iranian people were always interested in acting and dancing. In the Palace of Nishapur there are numerous relief depicting dancers and players in Sasanian court. In Iranian culture, in cult of Mithraism, even the king participated in religious dancing with the audience.
Dancing as it is known and described today is a set of rhythmic movements in the form of whirling, jumping and shaking different parts of body either solely or in group, expressing different moods especially happiness and usually accompanied by fast rhythms in music.
Folk dances are those performed in rural areas by villagers and tribesmen. Iranian regional music is divided into two categories, namely vocal and instrumental music, the latter usually is related to dance. Folk dances are still observed in many parts of Iran. The best known examples are Chupi, Garyân, Khân Amiri, Chapi, Sejâr, Zhenâneh (Kurdistan), Dopâ, Sepâ, Sangin Sama, Oshâri (Lorestan), Ghâsem-Âbadi (Gilan), Yazle, Chupi (Bushehr), Yek Gharseh, Do Gharseh, Anâraki, Choob-Bâzi (Khorasan), Dochâpi, Sechâpi, Kopgo (Baluchestan), Dete Dete (Bakhtiari), Tara Kama and Vâghzâli (Azerbaijan).
The present collection of folk dances in Iran are those performed in marriage and related ceremonies, usually with Sorna and Dohol. Among their main characteristics are strong and fast rhythms heard in many parts of the country. This moves the listener to participate in and enjoy of dancing.
Shâbâsh – the title of this collection – is the money given to the dancers and occasionally players during their performances, by bride or bridegroom relatives, friends and acquaintances.