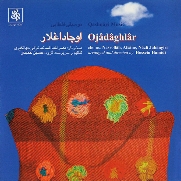 Arranged and Directed by Hossein Hamidi

Late master Davoud Nakisa, the famous musician of the Qashqai Tribe in Iran has presented a new form of playing the Persian instrument Setar by changing the form of strings and using plectrum instead of playing with the nails, presenting the “Qashqai-Setar”.
My late grandfather Elias Gorginpour narrated: “Malek-Mansour Qashqai ordered some Setars for the tribe at the beginning of the nineteenth century. Then heads of the tribe started to learn Setar from Davoud Nakisa in regular music sessions. In one of the sessions Habib, a very talented young man attracted our attention. I gave my Setar to him as a gift and after a while, he became the best Setar player in the tribe.” From that time, Habib Gorginpour has been the greatest master of Qashqai-Setar although some other musicians like Samsam Soltan and Ziad Khan Darreshouri were also notable musicians. In this way, Setar found its way to the musical events of the tribe and played an important role in preservation of the musical culture and poems of the Qashqais.
During the constitutionalism movements in the years between 1930 and 1940 the heads of Qashqai tribe were exiled to Tehran where the security guards put them under oppression and injustice. One of them, Shirvan Khan Jahangiri, who was also talented in poetry, composes an ode in which he complains about the adversity and hardship in exile. Once this ode arrives at tribe, Samsam Khan composes a reply ode and combines it with some melodies on Setar, which is now known as one of the saddest Mughams (modes) in the Qashqai music: Mugham of Samsam Khan.
Music of the Qashqai tribe reminds the battles, victories, defeats, ceremonies and mournings, reflecting the life of the tribe during the centuries of the Iranian history. Devoted men and women of the tribe have bravely resisted against the offenders of their country, despite the difficulties of the exhausting nomadic life. This bravery is also reflected throughout their passionate and glorious music.
Qashqai music can be divided into two major parts: General music and Âshiqs music. General music can also be into vocal and instrumental forms.
Vocal music is generally played with the instruments like Chagour, Nay, Kamancheh, Setar and also sometimes with Sorna and Karna. Besides some ballads and rhapsodies the rest of the music are vocal Mughams. Some of them are: Khsorow, Gedan Aghral, Bâsh Garayli, Lay Chenarom, Samsam, Bistoun, Bozdagh, Asli and Karam, Heydari, Leyl, Negardagh, Ahmad Ghas, Saharâvâzi, Shah Khataei, Gan Bax Bax, Zarenji, Garayil, Masoum, Oveis Mohammad Khan Beig, Halil Khosrow, Gedan Dargha, Hay Nahili, Keykhaghos and different lullabies.
Instrumental music which is played with Sorna and Karna together with Naqara, is mostly played in wedding ceremonies and social dances of men and women of the tribe. Some of the songs are: Saharâvâzi, Slow Heli (Aghor Heli), Medium Heli (Ouch Basma Heli), Fast Heli (Yourgha Heli) or Arabic Yourgha, Yaghlogh Tokme (Dastmal Rizan), Laki and Jangnameh (For the dance of men).
Some notable Ostads (masters) of instrumental music are Ostad Fili, Ostad Ganji, Ostad Hosseingholi and Ostad Norouz.
Music of the Âshiqs of the Qashqai tribe is generally based on the narration of stories by the Âshiqs accompanied by their music played with instruments like Chagour or Kamancheh. Some notable stories are Kuroghlu, Gharib and Sanam. Among the famous Âshiqs of the tribe, Mehdigholi Emsail, Hamzeh and Sayad can be mentioned. Qashqai music doesn’t have a specific composer and has been preserved during the oral transition between the generations. Revival of this music is beholden to laborious efforts of the great artist Foroud Gorginpour, who has profited the musical teachings from the great master of the Persian classical music like Nour-Ali Boroumand, Ali Tajvidi, Ali-Asghar Bahari and Habibollah Badiei. He has performed the Qashqai music in the tribe and other places in the country since 1961 and also produced lots of numerous opuses.
The dear musician and singer, Mrs. Afsaneh Jahangiri has unique proficiency in performing the vocal Qashqai music and has participated in many concerts together with Hossein Alizadeh, the famous musician of the Persian classical music in many countries like Germany, France and Belgium. Among the other female singers Mah Parviz and Shahin Jahangiri can be mentioned. Also some notable male singers are Ostad Mohammad Hossein Keyhani, Tahmoures Kashkouli, Mohammadgholi Khorshidi, Ebrahim Kohandelpour, Esfandiar Behzadpour and Tahmoures Jahangiri.