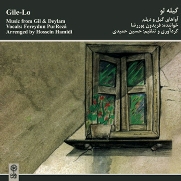 Apparently, the music of mountainous regions in Gilan is different from that of plateau regions from the viewpoints of form and content. With respect to form, in the first style the guide (Shâhed) note falls on the fourth tone of the Shur mode(Deylaman), while the stop note, there, lies on the third tone of that mode, marking the end. But, in case of the second style, plateau music, the stop note stands on the tonic in Shur and the guide note on the fifth tone of the same mode. Concerning content and theme, here, delicacy, fine taste and humorous temper of the plateau-dwelling people (Gile-Mard’s) could well be contrasted with nimbleness, violence and naive ness of mountain-dwelling ones (Gâlesh); in fact, here, two general occupations of rice and tea planting and framing and livestock raising and herdsman ship are distinguished from one another.
To better illustrate the mountainous and pastoral atmosphere, use have here been made of such examples: Shul and Gore (Calling and shouting to scatter wolves), wind sound and small bell’s sound along with the sound of instruments as Karna, Laleh (Shepherd Ney) and Labak. For representation of a more accurate account of the plateau music such a variety of techniques, among others, as Vâgooye-Khâni (Collective response by a group to a solo singer), Ei Ei (a type of singing based on contra tempo) Estekan-Navâzi (playing by/on a little glasses), Dast-Senj (cymbal playing) and Tasht-Navâzi (playing by/on a round tub) are applied here. “Nar Âbkhor” and “Jân-e Leyli” are from Gâleshi pastoral vocals and “Nil Beza Dasmâl” and “Ohoy Zâkon” are instances of the plateau songs. Among one of the most authentic songs of the whole region is “Gusa Dokhân (Introduction)” masterfully played along Laleh in this set. Lyrics of “Gile-Lo” and “Huhu” are by Mohammadvali Mozaffari (passed away) and “Ye Qol Do Qol” by Morteza Karimi; other songs of the collection at hand are created by Ardeshir Mehregan, Mohammad Reza Kheirkhah, Gholamreza Moaradi and Mohsen Ariapad.
At last, it goes without saying that if not aided greatly by Fereydoun Pur-Reza who thanks to his mastery and brilliancy despite his age, sixty five, has rendered vocals and melodies with the melisma typical of Gil and Deylam music, this collection has not ever been prepared and complied. The author, hereby, feels the urge to express his gratitude to Naser Vahdati, Abdollah Ale-bouyeh, Ghobad Rezaei for their assistance and Naser Farhoudi, a prominent figure in sound recording, for his technical cooperation.