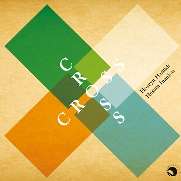 Compiled and Arranged by Hossein Hamidi

Why The Crossroad?! In my (and some of my musician friends’) point of view, the Path has different meanings, such as: To be in a way, or to go in a particular destination. The Path has also got some features: Aberration (in music), to find, the right way, the wrong way, to have a beginning and an end, the length and… The word “Path” has got some other names in the deep world of oriental music, such as Raga in Indian music (that is the same Râh-gâh) or the word “Radif” in Iranian music, which refers to measuring successively a way. The word “Maqâm” or “Maghum” or “Mâghâm”, and also the word “Gâh”, which converses to “Yek-Gâh”, “Do-Gâh”, “Se-Gâh” (Sigah) and “Châr-Gâh” (Chahargah) along with some prefixes, are well recognized in Iranian, Indian and Azerbaijani music. Along with a simple conclusion, you can realize that all those nouns (Râh, Gâh, Maqâm, Radif and…) are standing in the complicated path of the oriental music.
The title of this product is inspired by the crossroad of Azerbaijani, Khorasani, Gilani and Farsi music (that I think Farsi music has roots in Fars province and in Zand and Qajar era. The point is, reaching this crossroad to a musical intersection, which can be the concept of this CD.
I’ve known Hesam Inanlou since last year. He’s a professional player (but also) young as well, and he’s looking for his rightful place. After a year - and because of an offer in order to cooperate with him, by Babak ChamanAra, there were some meetings, which later turned to rehearsal sessions, and finally to form the performance of what you are about to listen to. It is for certain that performing a music like this, needs a high quality of recognition of each other, as we did eventually. I believe that Hesam Inanlou and other young artists, must consider the issue of time and place, for in the history of this country, have we had broken hearted lovers, in that path.

The Road of Khorasan
1.    Dowlatyâr: A Version of Oliagholi Yeganeh
2.    Lu: Based on Lu Kormanc Song
3.    Yek Gharse: Dance of Northern Khorasan