As one of the thousands of people who are somehow connected with music, specially folk music, I resolved to arrange a collection of Iranian rural and folk songs and lays. The late Rohollah Khaleghi used to say: “Among the precious sources  of music in any country are the songs, lays and ditties which are sung by the rustic people and villagers in various parts of the land, especially in the village and in the country. Furthermore, since this music is less affected by the mentality of the city-dwellers, it is much closer to nature and the true, original and ancient music of the nation.”
In spite of that, the main incentive to gather such a collection was the great diversity of Iranian ethnic and fold music and the other incentive which has also aided me in this task was my endeavors in the field of Iranian folk music listed here:
1. Commenting on the collection of Iranian folk music supervised by Mrs. Fouzieh Majd and assisted by the late Manijeh Alipour between the years 1972 to 1977.
2. Making research trips to various parts of Iran in order to gather a collection of Iranian folk music.
3. Doing research in the field of woodwind, bonewind and skinwind instruments used in Iranian folk music, as- well as performing pieces of music with them which has even reached the stage of group performances.
4. Arranging pieces of rural music for folk music orchestras, accompanied with the special combination of each region’s instruments.

The Eight Regions of the Iranian Folk Music
In this research, my focus has been mainly on the eight geographical regions of Iran, and from each one of these regions I have chosen one or more musical forms with special characteristics concerning form and content. These eight regions are as follows:
1. Azerbaijan Music region
2. Turkmen Music region
3. Khorasan Music region
4. Sistan and Baluchestan Music region
5. Lorsetan, Bakhtiari and Fars Music region
6. The music of the south coast of Iran
7. Kurdistan Music region
8. Gilan, Talysh and Mazandaran Music region

In all these regions people sing songs and perform pieces of music on special occasions and most of the lays, songs and dances actually have no known origins. The lyrics of the songs are mainly about the lives of folk heroes, fervid and selfless men and women and rustic life.

Bakhshis and Ashiqs
One of the features that all of different types of Iranian folk music have in common is the presence of “Bakhshis” or “Ashiqs”. These troubadours, who are no doubt the great masters of folk music, have created many of the most memorable folk songs. Although they lack the knowledge of formal music, they have such sincere feeling and good ears for music that they can compose poetry and songs extempore; afterwards, they play and sings their own songs. People call these masters “Ashiqs” and “Bakhshis” because they believe that these “Ashiqs” love God and the God has endowed them with immense talent; as a result, it is in the light of these endowment that they are able to sing songs and play music so fervently and passionately.
The folk music of Iran and all other parts of the world has a practical use by nature; thus, such music does not lend itself to be performed in a concert hall. For instance, the wedding ceremony is one of the major practical uses in Iran. Other uses maybe mentioned as follows: wrestling matches, mourning ceremonies, shepherding and lullabies. Further, one may add to the list the rituals for curing illnesses called the “Nobân” and “Zâr”, the “Zekr” ritual of the dervishes and group dancing which is considered as one of the major uses of this type of music.

Iranian Folk Music Instrumentation
Folk music orchestras have been formed here and there in Iran during the past few decades. The formation of such orchestras was no doubt necessary; however, the role of folk musical instruments has unfortunately been totally ignored and most of these orchestras have used musical instruments which were exactly related to folk music; these were formal musical instruments such as the Dulcimer and the Tar which are actually played in Iranian national music, or rather western musical instruments such as the Violin or the Clarinet. Such instrumentation is neither original nor proper for an orchestra performing folk music. For this reason, we have tried to create proper instrumentation in performing the music of each rural area. In performing Khorasan folk music, for instance, we have employed the “Dutar” of North Khorasan and Torbat-e Jam, wind instruments like the “Ghoshmeh” (the special rural reed of Khorasan), the Khorasan “Sorna” and “Karna” and the skin instruments like “Dohol” and “Tamburine” of the Bojnord area, and the simple ring-less “Daf” of Khorasan itself.
Although all these instruments are originally played solo or by to players, and because the sound comes from all directions, conducting a group performance is practically quite troublesome; therefore, we have made use of our past experiences in making woodwind instruments and made a delicate balance between these instruments with the assistance of several expert musicians in order to manage a group performance.

SideB. The Music of South Coast of Iran
1.   Hâvâr Hâvâr [with the Bandar Lengeh Orchestra]
2.   Zekr-e Lâelâhaelallâh: the voice of Baba Ayoud in the Nobân          ceremony
3.   Khoshâmad [with the Bandar Abbas Orchestra]
4.   Dâikâto: the voice of Mama Hanifeh in the Zâr ceremony
5.   Coastal Music [Ney Jofti Solo with the Orchestra]
6.   Singing in Style of Bakhshoo (the most popular singer of Bushehr)           [Vocal: Abdolrahim Karami]
7.   Chupi and Shaki: the music of Bushehr

Complied and Arranged by Hossein Hamidi

What you hear in this album is a collection of the folk music in eight regions in Iran, recorded on four cassettes, each side of which is exclusively devoted to one of the regions. We have tried to preserve the lyrical quality and melody of the original in the manner of performance as far as possible; furthermore, we have attempted to choose the most popular tunes and songs in each region. These tunes have been especially adapted for the orchestra, and the best soloist in each region plays a solo piece at the end of each part of the cassettes. Since the lyrics - we believe - create a barrier between folk music and the non-native listener, in this album we have mostly selected pieces of music without any lyrics. In this way, the listener can get acquainted with and appreciate the rich quality and wide variety of Iranian folk music much better. Anyhow, due to certain limitations, this collection represents just a selection of Iranian folk music and it is quite condensed for that matter. Therefore, music lovers can merely become familiar with a small portion of the rich music of this land.
As a token of respect to the great masters of Iranian folk music, many of which are “Ashiqs” and “Bakhshis” unfortunately dead today, we have included selections of their work in order to make the listeners acquainted with their unequalled skill enjoying the enchanting melody of the music they played: 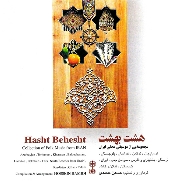