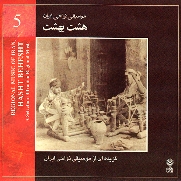 As one among the thousands who has something to do with music and specially folk music, I decided to gather a selection of tunes from different regions of Iran in the same collection, as the master Rohollah Khaleghi once said: “One of the most fruitful resources of music in every country is the melodies, tunes and sung and created in various regions and provinces and villages in particular that are far from great cities, As such music has hardly been affected by the civilians’ taste, it is more probable to be natural and has more proximity to the original and ancient music of the country.”
In the preparation of the present set, the large varieties of the Iranian folk and regional music as well as my earlier works in the field of the Iranian folk music have been my motives. The following is a short list of the latter.
1. Investigation and rehearsal of all recordings of the Iranian folk music made during 1972 to 1977 by Fouzieh Majd in collaboration with Manijeh Alipour.
2. Research trips to collect music from various Iran’s regions.
3. Investigation into the different wind instruments of the Iranian regions and performances on them up to the stage of group playing.
4. Adaptation of provincial music for the folk orchestra of every region, with instrumentation typical of it.

In each region the music, as vocal or instrumental, is performed at various events and most of the melodies, songs and dances have a well known creator. Poems of such songs are mainly about the heroes of the regions, enthusiastic lovers and provincial life.
Among the common characteristics of the music of Iran’s regions the presence of Ashiq’s and Bakhshi’s is worth nothing. These artists, indisputably great masters of the music of regions, enjoy a great sense and aural capability that allow them to improvise poems and performances with their own voice and instruments at specific ceremonies.
The music of Iran’s region is rather of a practical nature, so it can not be performed appropriately in a concert hall. For instance, weddings are one of the main grounds for such music. Other examples include wrestling ceremony, funeral, farming and animal husbandry, lullaby, treatment ceremony (Zâr and Nobân ceremony), Dervishes’s Zekr and group dances.

The popularity of “Hasht Behesht” collection among proponents of Iranian regional music prompted the director of Mahoor Institute of Culture and Art to suggest the author to add more original pieces to the first collection. Agreed with this suggestion, the author made all his effort to put together the original and genuine tunes and melodies from various regions and fully illustrate at this tunes, the first elements that surface are:
1. Simplicity of the forms of melodies
2. Practicality of the music
3. Beauty of tunes, regarding the repetition of melodies

It is to be noted that the arrangement of pieces in these CD’s is due to the time restrictions and as result, for instance, the Lor music of the Fars province, rather than the first CD, lies in the fourth one and at the end.

I, hereby, wish to express my full gratitude toward all the scholar who helped us prepare and create the present collection and hope that we have caused motivation for more investigation in the field of the Iranian regional music. 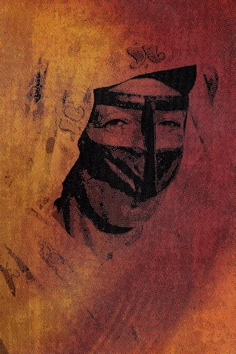 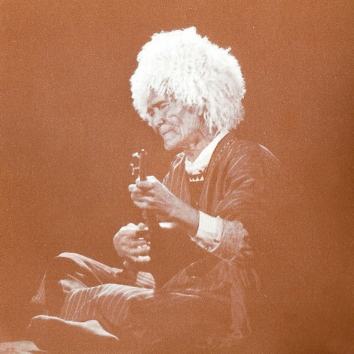