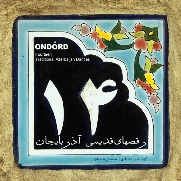 Compiled and Arranged by Hossein Hamidi

Most of  these pieces of music, which are called “Hâvâ”, have been borrowed from my grandmother, Lady Mikhak Sattarzadeh also known as Lady Sarieh, who owes them to lovers of music and people like Qiz Khan who had been one the masters of Garmon of his own era. Also, it should be pointed out that Garmon is a musical Instrument which has a rib and a sound box. And as far as I can remember, my grandmother’s Garmon did not have a “black rib” which is also named “Sharp” and “flat”.
Regarding Hâvâs, which are a part of Iranian oral and auditory literature, it needs to be added that they have been named slightly differently in different places but they all share the same content. For instance, here are some folk interpretations of the word Hâvâ: a person who has been tempted, or a person in two totally different universes or someone who follows Hâvâ in “Zâr” and “Nobân” music. Anyway, this was said for young researchers so that they might become interested in taking the studies about “Hâvâ”s further!
I humbly offer this collection to my ancient city, Ardabil, or according to some records, “Artavil” meaning “The Sacred City” and to the players of Garmon: Mr. Shazda, Mr. Mamish, Lady Mikhak Sattarzadeh (Sarieh Hamidi), Jamshid Hamidi, Fereydoun Hamidi, Bahman Hamidi, Rahman Asadollahi, Vahid Asadollahi, Sohrab Hamidi and Ramin Hamidi.